Shop About Collections Blog Contacts
Ua
About the set FAITH, HOPE, LOVE
Unique, because no one has reproduced it before, special, because it`s all about eternal human values.

We are happy to present a reproduction of ancient patterns of the early twentieth century - silver earrings and a ring with such an important symbols. The three pillars on which this world stands, the three most important virtues of God, the basis of life - Faith, Hope and Love. Traditionally, the triad was depicted as symbols:

✝️ The cross is a symbol of Faith. The Latin cross or "long" cross traditionally depicted in the triad.

⚓️ The anchor is a symbol of Hope. Even before the Christianity, it was considered as a sacred object. Often it was the only salvation of sailors, that helped not to stray from the path, to resist winds and currents, keep safe.

❤️ The heart is a symbol of Love. It reflects the ability to feel the universe integrity and to be in harmony with it.

The most valuable thing for us is that this is not a fiction. Such jewelry really existed and it worth to be known today. Ancient samples of earrings and rings are taken from the book "Ukrainian jewelry", authors Samkov O.M. and Lepsky V.V.

Jewelry is made of silver in two techniques - with enamel and blackening. So let's talk about it in more detail. 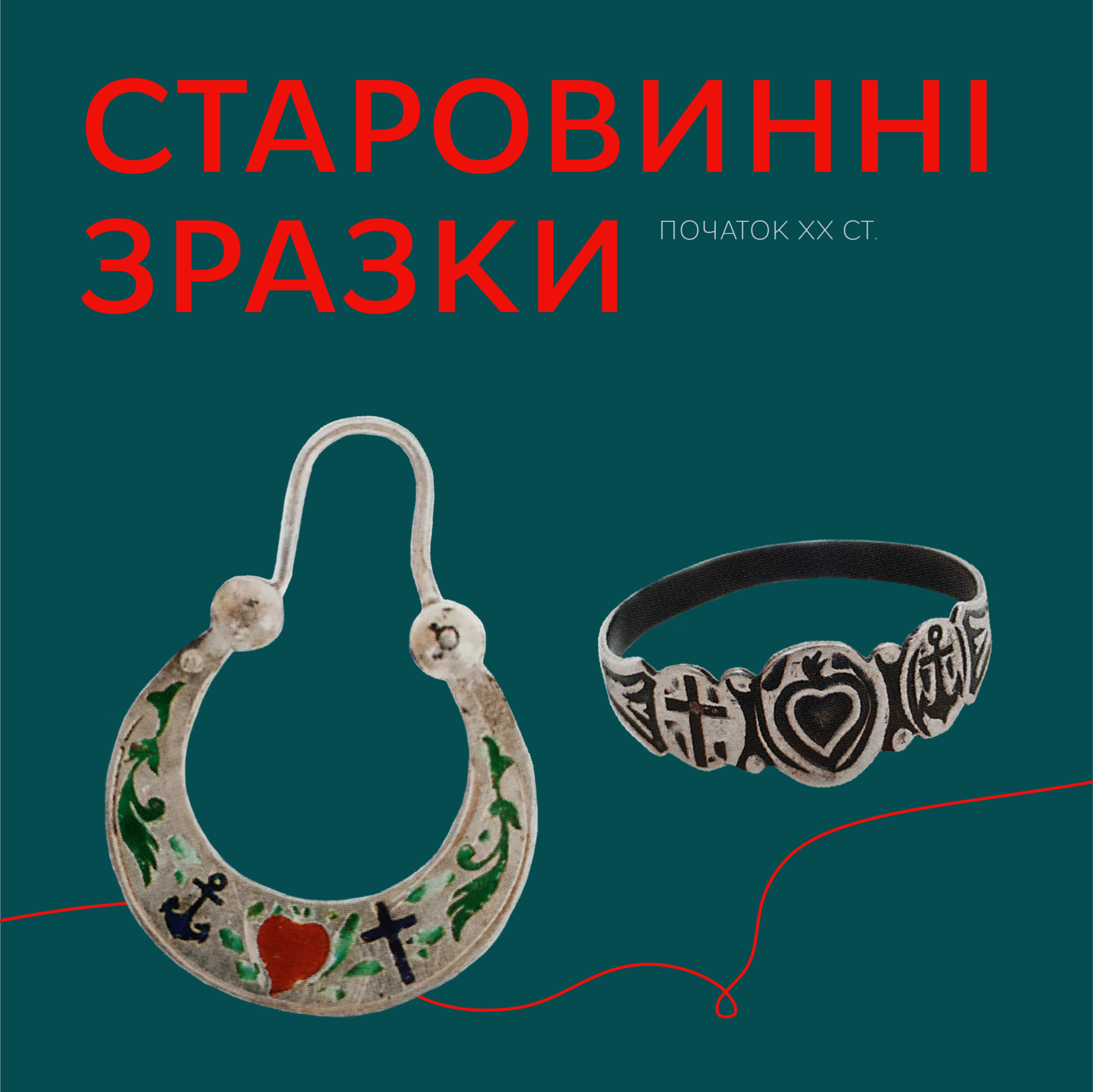 Colored sets are made in the technique of jewelry polymer enamel. The oldest enamel ornaments were found during archaeological excavations on Cyprus. This technique came to Byzantium, and then to Kievan Rus. Working with enamel is a tricky, complicated and labour intensive process. It requires high-class skills from the master. Like special precision of movements and a fine feel of the metal. First, the cutter "removes" the metal, and then pour enamel into these recesses. This technique has been known since the XII century and its called "notched". Each product is created by the master manually. Harmful fumes complicate the process even more. That is why enamel products have always been highly valued. Quality comes first for us! The value of traditional jewelry should not be devalued by questionable materials, such as plastic "corals" or metal furniture details. That is why, we use high quality polymer enamel made in Italy. It is a complex substance that has strong bonds and durability. Jewelry does not lose the brightness of colors, water or dust will not injure them either. Enamel favorably emphasizes the beauty of silver. 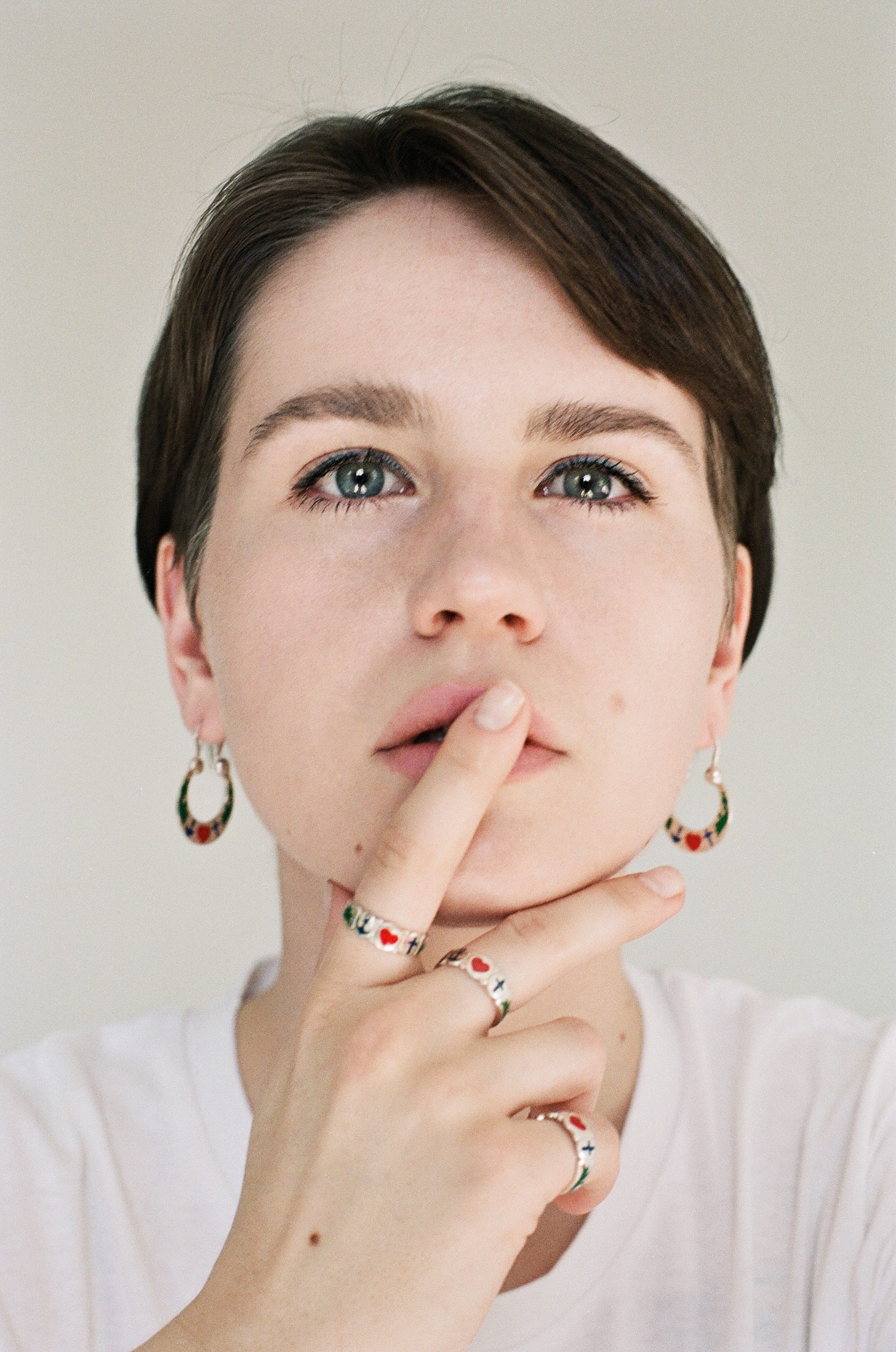 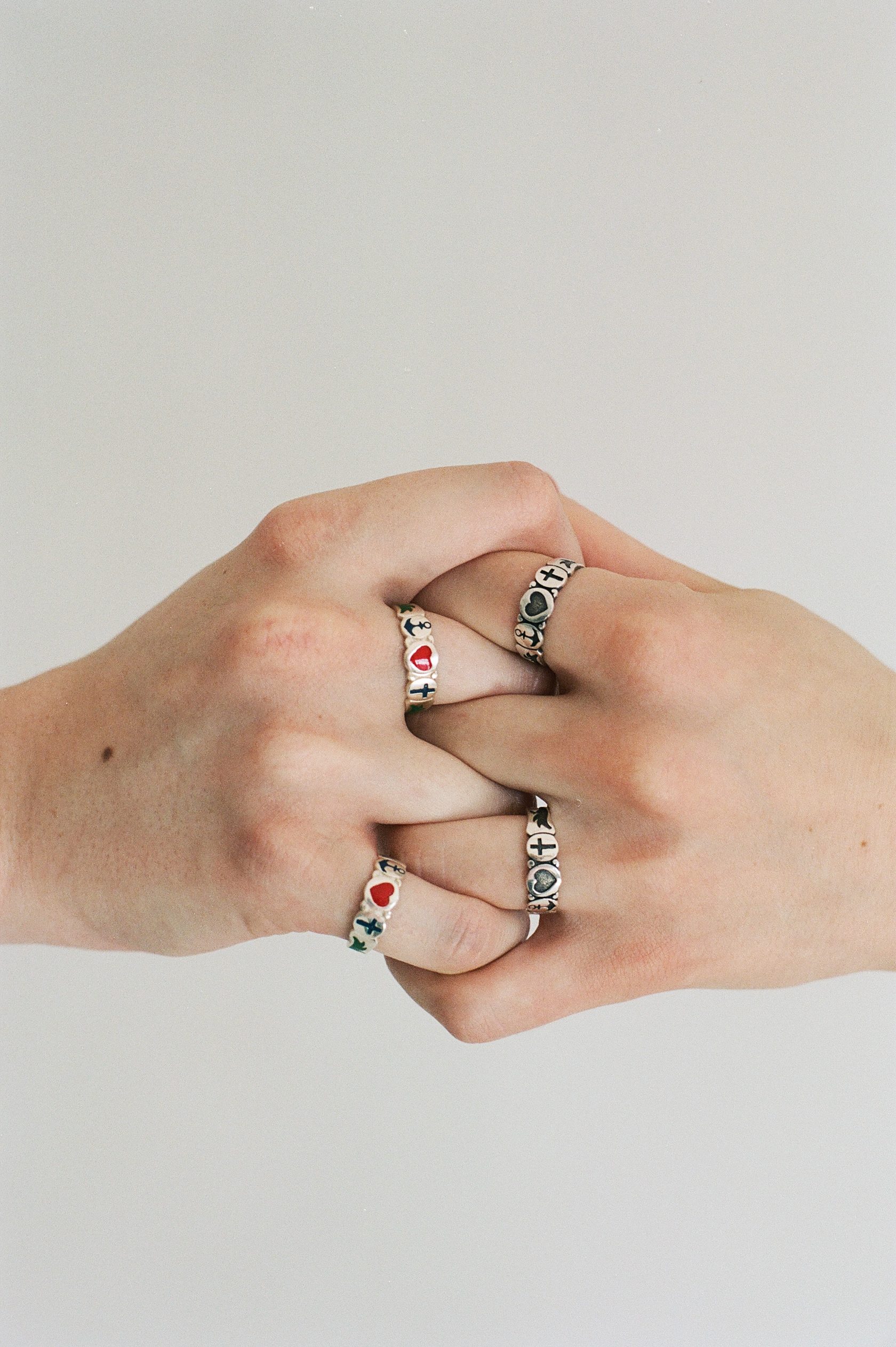 Blackening or "chern" is also one of the oldest jewelry techniques. It helps to achieve a contrast of colors in relief and ornament. Blackening is an alloy of copper, silver, sulfur and lead, which is melted into the base metal to a depth of 0.3 mm. Under a high temperature heated molten mixture and silver go through a chemical reaction. Besides new decorative properties, the blackened piece won't fade out and doesn`t require additional care. The color range of black is quite wide: from light, silver-gray shades, to noble velvet, black tones.

Caring for both sets is extremely simple. Avoid mechanical damage. If necessary, wipe with a soft cloth and wear with a smile!